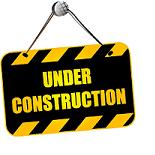 A blog about comics, toys, movies, tv and more

Time to look at a couple more of the upcoming Joecon set.

The Agent Carter 8-part series has ended and it’s left me wanting more.

I’ve tried to hold back the flood, but the dam on 6″ figures has burst.

Marvel released an official poster for the upcoming Avengers: Age of Ultron and it’s less then spectacular.

Image launches a new super hero series where the newest member is out to expose their dirtiest secrets.

At least he swiped the art from himself.

I’m surprised it took this long but Funko is doing a line of Harry Potter Pop! Vinyl Figures.

Bryan Hitch, known for his lateness, has been working on the new JLA book for two years. That’s a good thing, right? Wrong.